India 2017
By Indranil Ray
Astronomer Edmund Halley was supporter of Astrology. To such questions regarding astrology, Newton had quipped, “I have studied the matter, and you Sir have not.” USA  Presidents  employed the qualified astrologers. Walt Disney still chalks out their dates and time of actions.  Vedic Astrology is the study of celestial objects in the universe and their movements influence the Earth and the creatures living on it. Tides, earthquakes, tsunami like situations arise due to gravitational pulls and pushes of such planets.
The long time span, which has started in 2008 which will end at 2020, the end time’s events and disasters may be more. In 2017 to 2020 many things may happen. There is a chance of Putin, Russian President can start a war in 2017/2018. Many UFO can be seen. Big earthquakes and volcanoes in 2017 and 2018 may happen in the world. The economic chaos, war, diseases may spoil. There is a possibility of North Korea & South Korea war and end of North Korean President era. North Korean President Kim Jong-un may fly away to another country. Conflict with China with India may become more. Increased ISIS terrorist attacks in Europe. Italy may be collapsed in newer future.

The 6rd   lord in the 3rd (interchange of the 6th in the 3rd and the 3rd in the 6th) indicates any kind of communication may deal with force (armed or non armed).Strikes may happen .Different rumours may spread.
The 7th lord is in the 1st indicates, people of the country in general deals in open enmity with the Government. Nation affairs may deal with international policy, law, national and nation politics. Jupiter in the 1st opposed in enemy place is very evil and brings about sudden and unexpected complications of a serious nature with foreign countries. There might be sudden disturbances which may bring about sudden blows. Enemies of the nation might make sudden moves. There could be conspiracies to assassinate the members of the parliament. There are insurgency, revolution and other types of lawlessness. The opposition parties may conspire to create unrest. Unusual and unforeseen happenings take place. This position of Jupiter indicates lot of agitation rioting, strikes, disorder, detonation, murder attempts and other types of anarchy and sedition. The foreign policy could undergo unexpected changes which may not be favourable.
The 8th house in the 6th means public mortality, death rate, suicide, natural calamities like earthquake, famine, fire may deal with hospitals. Health of PM Etc. high Govt officials may take proper attention otherwise disease or demise may happen.
The 9th lord in the 6th means long distance travel, sea voyage, religion, temples, and churches may deal with problems. Fake gurus may be caught. International law, foreign trade and affairs may face strikes, mass agitation.
The 10th lord in the 4th retrograde indicates, party in power, political position may deal with opposition to the Govt. Nation may damage through weather condition like earth quake etc.
The 11th lord in the 5th   indicates, national revenue may come through game and art but not in a massive way. Nation legislature and legislature may include speculation. Different political party may not come to agree who is the CM.
The 12th lord in the 4th   indicates, secret plots may be deal by the opposition to the Govt. School and colleges may face unexpected troubles. Weather condition may spoil the 4th house significant as a whole. 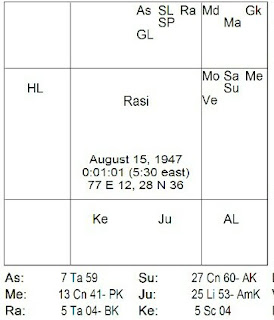 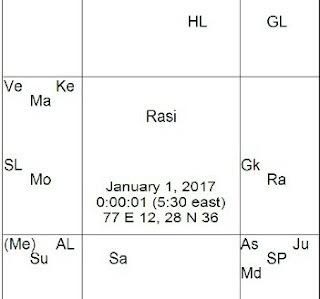 Posted by indranilray at 9:33 PM No comments: Links to this post

Saturn is going to transit to Sagittarius on 26th January 2017.

Saturn moves from dark, emotional Scorpio into freedom loving, philosophic Sagittarius.It changes not only at the personal level but at the level of our social, ethical and governance systems as well.
Sagittarius is a very different force to Saturn. The typical adventurer, ruled by Jupiter, the planet of expansion, abundance and good fortune. Sagittarius always falls on his feet.While Saturn is all about regulate and structure, constitution .
If somebody used to be more excessive, running away from any difficult situation, indulging too frequently in alcohol, rich foods ,other stimulants ,then expect Saturn in Sagittarius to deliver an attractive noisy awaken call.
When Saturn forms a hard aspect to an individual point in our chart, we may feel that all is sluggish. But these times opening ourselves up to increased wisdom. Significant verdict are often made during Saturn’s hard transits to our personal planets. Saturn transits teaches to take liability for ourselves.
We should also look to the position of transiting Saturn by house, the zodiac signs involved, the condition of the personal planet etc.
Saturn is going to transit to Sagittarius on 26th January 2017. 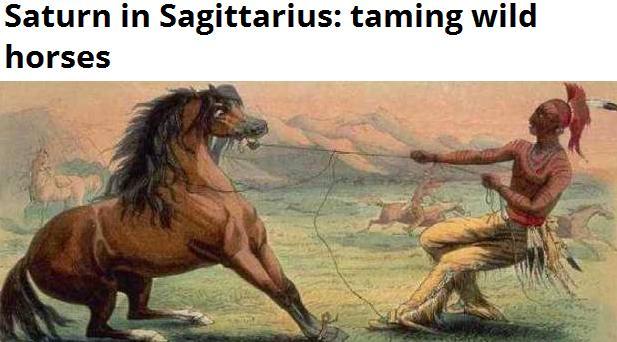 Posted by indranilray at 1:17 PM No comments: Links to this post